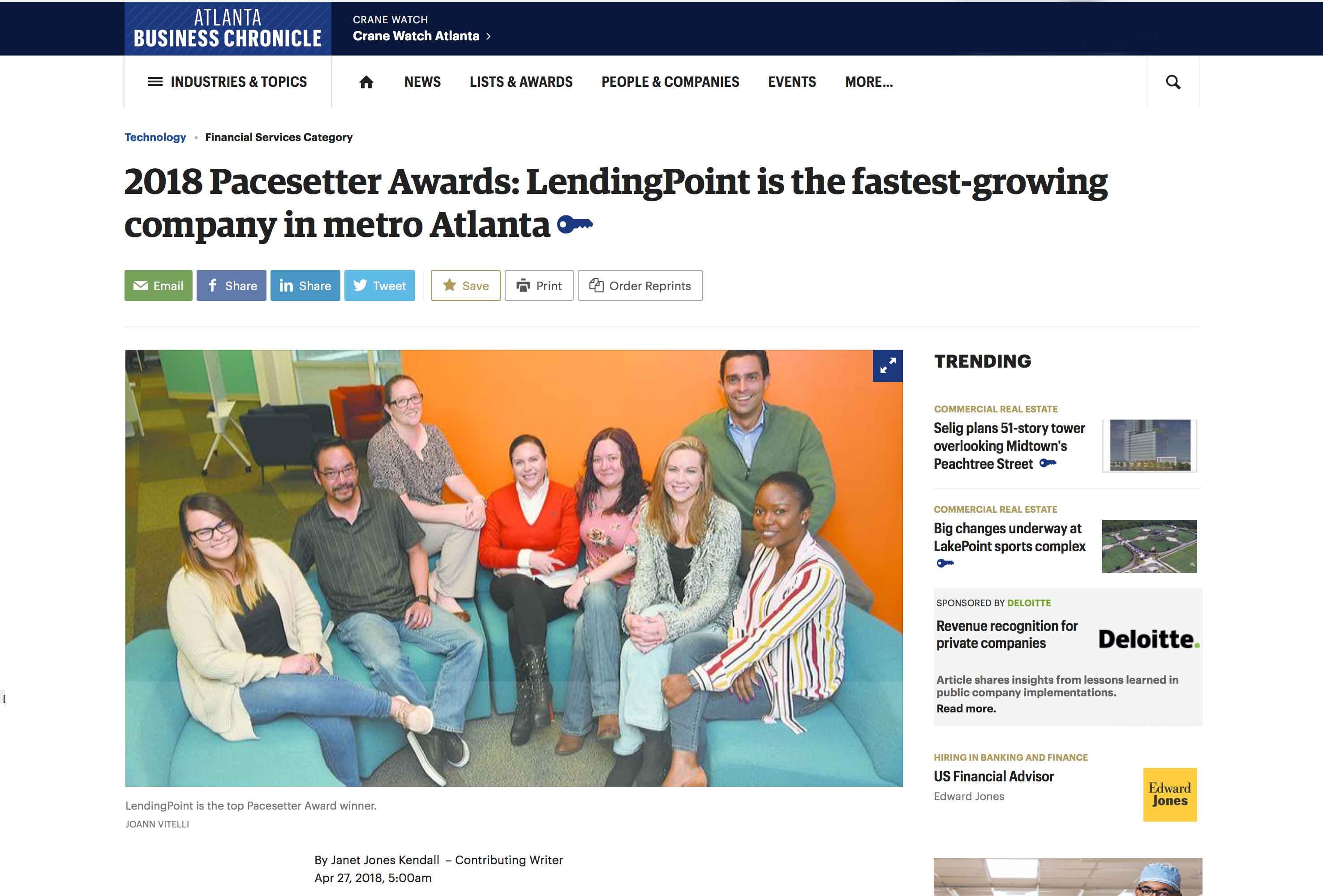 The annual list ranks one-hundred local companies based on their revenue and employee growth.

“It’s an incredible honor to be recognized as the number one Pacesetter company. It’s a real testament to the environment Atlanta creates for local businesses that allows us to flourish,” said Tom Burnside, CEO of LendingPoint. “Not only do we aim to fulfill the mission of our business, which is to offer exceptional loan products to borrowers who need them most, but we also strive to contribute to the thriving entrepreneurial community of this great metro.”

To be eligible for this year’s Pacesetter list, Atlanta-based companies must have had revenue between $1 million and $300 million in 2017 and have had two-year growth in sales of at least 50 percent. The Atlanta Business Chronicle uses a weighted index to allow it to compare the growth of different-sized companies against each other.

The Pacesetter recognition continues a year of significant accomplishments for LendingPoint. In January, it acquired a point-of-sale lender’s origination platform, and that technology contributed to LendingPoint’s Merchant Solutions, a comprehensive point-of-sale lending platform for retailers and service providers that debuted last month. In September 2017, LendingPoint announced that it had closed an up to $500 million senior credit facility arranged by Guggenheim Securities.

LendingPoint, which issued its first loan in 2015, has originated more than $500 million in consumer loans to date.